There is nothing more exciting than walking the streets of Paris at night. I was lucky enough to get the chance during my last visit during fashion week. I took this opportunity to take some pictures of the nightlife. Moving around was relatively easy and the mood was very relaxing. The streets were still busy and I found myself in Pigalle shooting the Moulin Rouge and neon lights of all the sex shops and before it got too late I was back in the 2nd Arrondissement 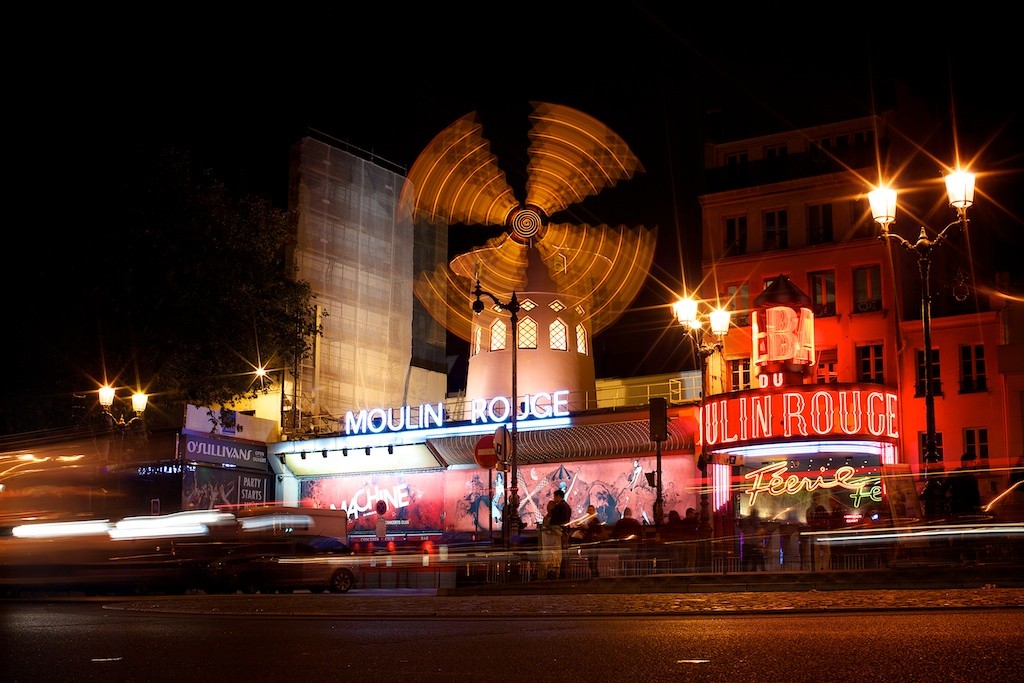 While making my way back to the subway station from Moulin Rouge, I came across a restaurant called La Bougnate on 2 Rue Germain Pilon, The chef was outside and I could not resist taking a picture of her.

I also took a shot of the cook at the Kebab Crepe Store right before the Station.

The people were so warm and welcoming, I felt like I belong there. I had the feeling that I was almost French.  Here are a few more shots of Pigalle.

Loafers on the walk